Wow, we’ve barely had time to reflect on 2014 and 2015 has already given us a lot to think about. It now seems not only difficult, but almost inappropriate to talk about anything mundane since the events of last week in Paris left the world in shock (or at least got the bulk of the media attention, because NIGERIA). But, c’est la guerre as my grandfather used to say, and yes life must go on, banalities and all.

Because murder, maintenance and fishcakes could only ever mix in American television, I’ve decided to put 1 & 2 aside for the moment and concentrate on #3: People.

Rather than march or obsess over the news or wallow in our seeming impuissance, I will simply do everything I can, everyday, to be a better, more tolerant, more patient, more understanding, more loving human being.

This goes for my personal life and my work life, which, for better or for worse, I don’t separate much. I am the same person whether talking to my neighbor or to a prospective client, and I will make every effort to afford them each the same kindness, the same lack of judgement and the same respect.

This was the point I was aiming to get across in my talk at WordCamp Europe 2014: that we can only be responsible for ourselves, and that other people are just as fallible. We all deserve and need to be more responsible, and more understanding.

This is the mantra written on the big sticky note of my mind. Right next to this one: People first, always.

Over the holidays, we had my in-laws over to visit for the week. Upon arrival, they were coughing, but assured us they weren’t sick. I was dubious.

Sure enough, the state of their health declined over the next couple of days until my father-in-law finally broke into a wicked fever that left him bed-ridden for over 24h.

Of course, I felt bad for him. But I found myself feeling worse for me. I was terrified of becoming sick myself. I had already taken time out to prepare for their arrival, to spend time cooking the whole week they were here – I couldn’t fathom being down for the count for another week afterward. It was the holidays, and they were ruining them.

This is how I felt that week. Sure, it’s understandable, but it made me behave badly. I was afraid and it made me angry. I did get sick, and I’m convinced that it was me getting so worked up about it that did me in.

I wasn’t afraid of being sick so much as I was horrified at the idea of not being in shape to attack the busy work week I had ahead. I imagined myself getting behind, working overtime, and having to explain myself to clients.

I could come up with many more anecdotes of this nature – instances where I put work ahead of family, even ahead of my own health. That’s just crazy. Nothing is more important than people. Not deadlines, not work, not version releases, not events, not statistics, not reputation, not revenue, nothing.

I will end this thought by paying homage to an extraordinary woman who I sadly did not have the pleasure of knowing. Her name was Kim Parsell, affectionately known within the WordPress community as #wpmom, and she passed away late December 2014. Like I said, I didn’t know Kim, but sometime early last Fall she started following me on Twitter and chiming in from time to time on tweets that I sent out. 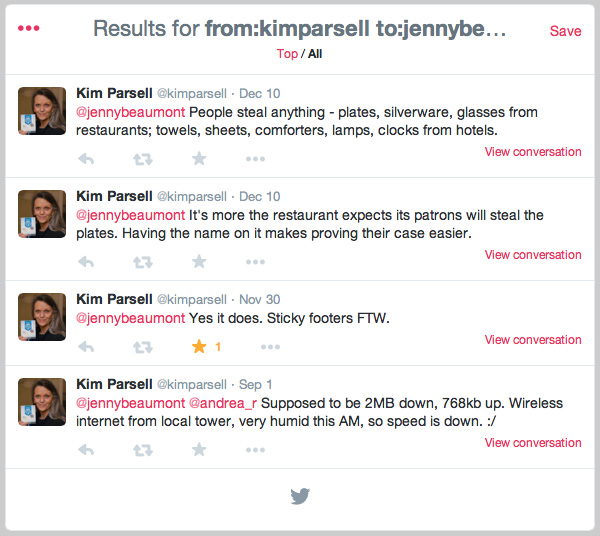 As I witnessed the community outpour of love and affection for Kim, who clearly touched many, many lives, I couldn’t help but feel blessed for the little interaction I had with her. This woman, who I didn’t know, took the time to reach out to me in whatever small but meaningful way. Not because she wanted anything. Not because she had anything to prove. Just because she was a generous person with a desire to help and connect.

I look forward to connecting with you online and (especially!) off, and wish you the best of health and many precious moments with family and friends in this New Year and many more to come…