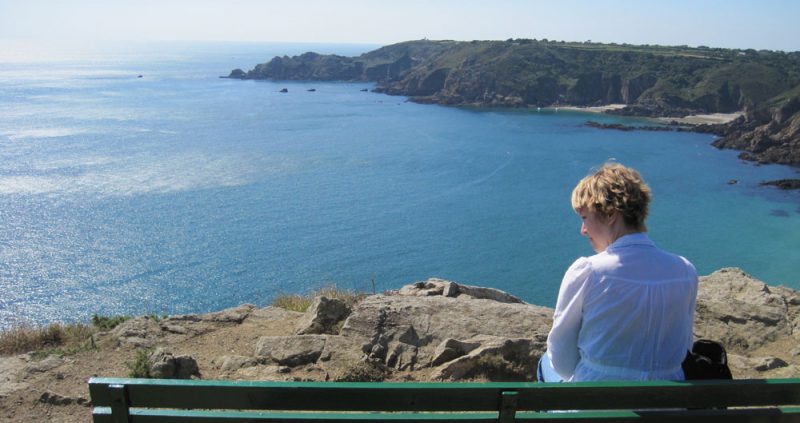 My sabbatical year is over. A new year is here, full of promise. The final leg of my 3-year plan. The first leg of a new plan forming – the one that will concretize long-awaited change, introducing new challenges and experiences.

I sometimes wish that January 1 was a magical day that set some sort of cosmic reset button on life, but of course this isn’t the case. January 1 is simply the day after December 31, however symbolic it does serve its purpose as a bearing point in time.

The primary goal of my sabbatical was to shut down my freelancing business, but, as fate would have it, that would drag out for months. To this day, I still haven’t been paid in full for my final project, but that’s a story for another time.

I was also gearing up for WordCamp Paris, which took place February 5-6. It was my first time taking the lead on such an event, and my team and I had been working hard since the summer to finally respond to years of increasing demand, with no venue large enough to meet it. And we succeeded. We surmounted significant growing pains and fear over the budget and responsibility that such a leap represented, and moved into the CAP15 (now called the New CAP Event Center) to welcome upwards of 500 people, twice the capacity of recent years.

Two weeks prior I had popped over to London for the first Day of REST, organized by Human Made. On my way home, I caught a cold. A really bad cold.

And so I spent the week before WordCamp Paris, and the full two days of the event itself, in horrible shape, gobbing paracetamol like nobody’s business and pushing through. Because nothing would have kept me away. I just wasn’t at 100% and couldn’t enjoy the fruits of my labor as much as I would have liked. Everyone else did, though, and that’s what matters most.

This seemed a continuum of months past, though I wouldn’t let it set the tone for the year. I still had work to do. Instead, I became increasingly aware that I was in a unique position to be generous with my time and energy while taking time off from work, and that in doing so, I had to remain vigilant about my health.

2016 was marked by lessons about priorities and limitations.

Sometime before WordCamp Europe 2015 in Seville, the organizing team (which I was not yet a part of) put out a call for candidates. Twitter lit up with resounding rounds of “France!”, “Paris!”.

The 2016 host city would be announced at the end of the event, but they proposed a meeting of interested parties during Contributor Day. I went. I liked what I heard. I decided that day that I would do everything in my power to make it happen.

That meant rallying the troops on the ground, searching for venues and compiling a provisional budget. It meant joining the team for the 2016 edition in Vienna. It meant following along as WordCamp Europe exploded before our eyes, and changed all the rules as to what we needed to provide if we were indeed to host it in France. It meant that while I was preparing WordCamp Paris, I was also preparing our candidature and being onboarded to a new team.

It might seem like it went against my plan to do less in order to give more of myself, but not really. It was a unique opportunity to give all myself to this goal of bringing WordCamp Europe to France. I wouldn’t have been able to accomplish it had I been working full-time. You know the outcome: WordCamp Europe 2017 will be held in Paris, France, June 15-17, and I am ecstatic.

2016 was marked by lessons of perseverance and purpose.

We often hear people talk about work-life balance. It makes sense to want to strike an equilibrium between the time we spend with our families and outside our families, between the things we do for money and the things we do for pleasure. Except that those lines are increasingly blurred. We don’t necessarily spend time and energy outside of our families for financial gain, and any stress we might be living on the outside is more than likely to follow us home (especially when an increasing number of us work from home). Professional relationships are also often friendships.

I am now of the opinion that there is no such thing as work-life balance, there is just a balanced life, period.

The decisions we make, the way we fill our days, the quality of our relationships, our physical and mental health – all affect every aspect of our lives, whether related to how we make money, where we donate our time or who we share our lives with. Increasingly, a balanced life for me is one in which each day is attentive to my personal needs, nurtures my relationships and works in some way toward my larger goals.

I have written to some extent about the toll that making change has had on my marriage, and the devastating effects of burn out and emotional stress.

2016 was marked by lessons in managing expectations and in communicating, no matter how much (and especially when) it hurts.

The best part about the future is that it hasn’t happened yet! And so there is so much to look forward to, so many surprises lying in wait, so many new things to be discovered and experienced.

Besides WordCamp Europe, I have a few things on my docket this year:

Getting back to work. While visiting Philadelphia back in December for WordCamp US, I spent time talking with companies of all shapes and sizes about what their needs were, and how the skills and experiences of this hardened freelancer might fit in. When asked what I was looking for, my reply was always, “I’m looking to join a team.” No firm offers on the table as of this writing, but several discussions underway. My hope is to be gainfully employed by this summer. If we haven’t spoken and you think I’d be a good fit for your team, don’t hesitate to reach out.

Getting my yoga on. I mentioned at the start of last year that I had joined a teacher training program. It’s been an amazing experience, and if all goes well, I graduate in July. The diploma doesn’t mean much since yoga isn’t recognized in France like it is in some other countries, but I’ve learned a lot and have advanced my personal practice more than I ever could have on my own, which was the main goal. I do love teaching, and would love to be more connected to my very rural, local community through health and fitness. Exit strategy? Something like that… wink

Am writing. While my blog and my book didn’t get as much love as I had planned in 2016, my at least monthly newsletter experiment took off and has been an absolute pleasure and sometimes sanctuary for me. I’m sticking with it in 2017 to see where it leads. The blog will be getting some updates soon, in part to better integrate the Making Connections archives, and to create clearer categories that will allow me to branch out more easily and be more creative with my writing in general. The book is still happening. In fact to some extent, it will be an extension of the newsletter that’s been acting as a path toward exploration and discovery.

Homeward bound. I’ve enjoyed doing some traveling recently, and whereas I do have a few trips in mind for this year, I’m mostly looking forward to being home. I’m looking forward to spending time in the garden and working on home improvement projects. I’m looking forward to drinks on the terrace and moonlit nights, to having friends over and discovering new places in the area to grab a bite or go for a hike. Nomadism is a popular lifestyle these days, but I am grateful for my home and my country life. I’m grateful for these roots that help keep me grounded, that teach me about growth, about taking care of what we love, about being invested in our surroundings, about appreciating the simple things in life.

The featured image was taken by my lovely friend, Erin Berard, on a trip to Guernsey back in 2010 heart