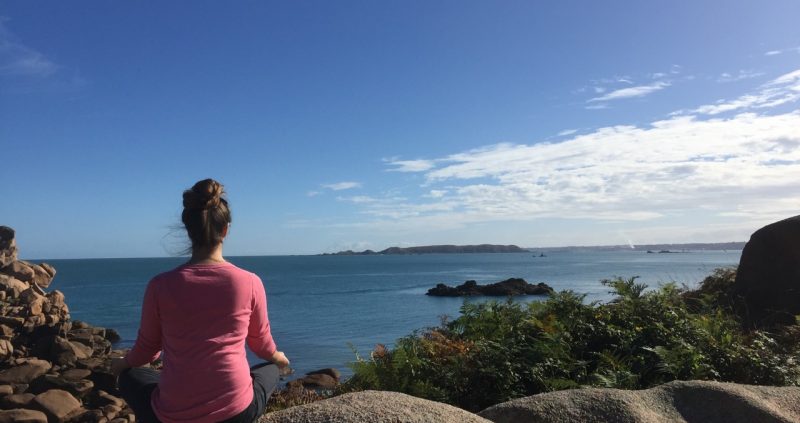 “I heard there was an incident,” I lead in gently.

He was calm, lying back on his bed petting the cat curled up on his side, “Yeah, she was being disrespectful, and I told her as much.”

“She was really upset; she was crying pretty hard,” I probed.

“That’ll do her some good.”

His words were spoken without irony or sarcasm, and as cold as they sounded, he wasn’t wrong.

If you were to walk into a room and see a woman crying, surrounded by other women consoling her, it’s likely that you would assume that woman had been wronged. And if you were to learn that the person who wronged her was a man, you might start making further assumptions and passing character judgment on the guy, even before knowing the details of the event.

Woman balling and wailing against man generally translates into, “Oh that bastard!” It’s easy to see the woman as a victim and to immediately feel the injustice and take sides.

Except that in this case I knew something the others didn’t. I knew that there’d been a similar incident during a previous camp. So after confirming the source of conflict, I didn’t stay to console her—she was in good hands—I decided to go talk to him instead. Because I also knew that while not well-liked, he wasn’t the kind of person to be aggressive or mean, he just didn’t have much of a sense of humor when it came to certain things…like himself.

It was her first night at “yoga camp”, a yoga teacher training program I’ve been in for the past two years. She was one of five new campers for a total of 16 students and three teachers who would be living in close quarters and sharing meals for the next five days. We were off to a bad start, and I could feel the potential for a mob mentality pitting all of the women against him. Because he was that guy.

He is the guy who means well, who is just looking for connection like everyone else, but who is just, well, gauche. In yoga terms we politely say that we’re not “in phase” with him, as if he’s vibrating at a different frequency, and despite his best efforts does not fit into the melody or rhythm of the group.

That guy is not a good listener. He wants to show that he has things to teach and not much to learn. His superior air is off-putting on its own, but since his teachings also fall short more often than not, he further lacks the credibility needed to gain sympathy or respect. To boot he doesn’t exhibit tolerance, and so doesn’t inspire much for himself.

He’s not a bad guy. He’s a guy trying to protect himself because he’s likely been hurt, a lot. He’s a guy who puts up a front, who doesn’t show the authentic version of himself because to do so would make himself vulnerable, open to more hurt and ridicule. Or so he thinks.

In fact, the opposite is true. If he were open and honest about his pain, if he let down his guard even just a bit, if he let himself be the student rather than insist on doling out lessons, he wouldn’t be that guy anymore. He would more readily earn the trust and respect and sympathy of the group. Because we are all like him.

We all have our wounds and our fears and our needs. It’s difficult for anyone to let themselves be vulnerable, but vulnerability is where trust starts and where love blooms.

And maybe we have all stumbled around and been that guy at times, or that gal.

That gal is fleur de peau. She too has been hurt, and covers it up with a nervous smile. She laughs at things inappropriately. She feels easily wronged, and further feels the need to let the wrong-doer know what they’ve done. Injustice exasperates her, and her giggles can quickly turn to anger.

That gal feels small and fragile in the world, and so over-compensates, letting her emotion swing from one extreme to another as she tries to adapt to her environment. She is simultaneously meek and ferocious, unable to accept her vulnerability. Like that guy, she only wants to connect, to be a part of the group, but she too is gauche in her own way, struggling to feel that she belongs while wary of potential threats.

I cried on my first day of yoga camp too. Not because of one interaction per se, but little things that accumulated over the day, combined with the intensity of it all (living with a group of strangers for a week in the middle of nowhere is pretty intense). And maybe the relief of it all. Because I showed up with so much baggage, and could finally put it down. Once you’ve put it down, once you’ve made that conscious decision to say, “Ok, I have baggage and I’m putting it down now,” you then have to open it up and start unpacking it. And that can take a while.